Douglas Jones Finds the Theatrical in the Political 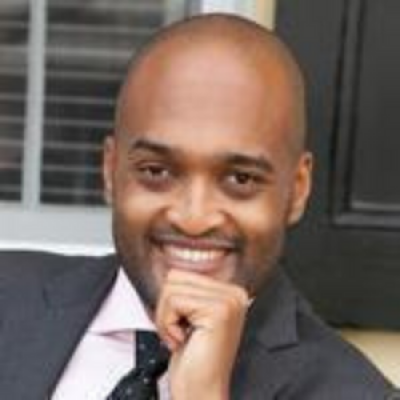 Before arriving at Duke, Jones served as faculty in the Department of English at Rutgers and was previously a fellow in the Society of Fellows at Princeton. He holds a Ph.D. in drama and humanities from Stanford University and earned his B.F.A. in theater at New York University's Tisch School of the Arts.

Although dramatic literature is his primary literary form, Jones has worked deeply in other cultural areas, too, especially American prose writing from the colonial era through the early 20th century. The humanities part of his Ph.D. denotes an interdisciplinary course of study in the history of Western thought and culture from classical antiquity to postmodernism.

We sat down with Jones to learn more about his research, his background and his goals as a new faculty member at Duke.

Your research focuses on (African) American literatures of the 18th and 19th centuries, as well as drama and performance studies and cultural histories of slavery in British North America and the United States. What led you to those topics?

Early in my graduate school career, I was drawn to the relationships between textuality and embodiment that defined much of the intellectual and political cultures of the founding of the United States.

Remember: it’s the Declaration of Independence — that is, it’s a document that Thomas Jefferson wrote to be performed, which we see, for example, in the marks for rhythmical emphasis and pause he included in his drafts.

My interest in how performance was central to the production and maintenance of early American sociality and politics ultimately led me to my dissertation project on antebellum proslavery literature and performance cultures. The fruit of that labor is my first book "The Captive Stage: Performance and the Proslavery Imagination of the Antebellum North."

For your Black Performance course (THEATRST 390S-4) this semester, you’ve selected three cultural movements to focus on: New Negro/Harlem Renaissance, the Black Arts Movement and contemporary post-Blackness. Why these specific ones?

These movements are the three major anchors of Black arts and letters in the United States over the past century. Together they constitute an artistic tradition that is marked by stark and often antagonistic discontinuities that emerged from aesthetic innovations, as well as social and political upheavals throughout the world.

This tradition tells us so much about the incredible currents of Black life since the post-WWI era. It’s worth noting, too, that some of America’s most provocative and rewarding art, literature and performance came out of these movements.

Which playwrights and plays have most impacted you?

Chekhov and Beckett. My earliest memory of professional theater is Chekhov’s "The Cherry Orchard" at Center Stage in Baltimore in 1994. I didn’t really understand much of what was going on outside the broad strokes of the plot, but a number of theatrical elements — especially the visual lush and splendor of falling cherry blossoms that rained throughout the theater — remain with me.

A decade or so later, I saw the Classical Theatre of Harlem’s (CTH) production of "The Cherry Orchard." It was a transcendent theater-going experience that clarified the eerie brilliance of Chekhov’s ability to open windows onto human conditions beyond the time-space of fin-de-siècle Russia.

The following year, I saw CTH’s production of "Waiting for Godot," and it was even more revelatory. This production set Beckett’s masterpiece — he has at least three — during Hurricane Katrina. The austere play-world, language and action revealed an existential bleakness that organizes so much life, especially Black life, in the modern world.

These writers and these productions remain formative for me because, among other reasons, they make clear the ways in which theatricality, embodiment and shared presence add philosophical depth and elaboration to texts.

What would you like to accomplish during your first year at Duke?

I hope to make meaningful and lasting intellectual and social connections with students and colleagues across the university.

Duke is the world’s leading institution for interdisciplinary studies; as one whose scholarship sits at the intersection of literature, performance and political philosophy, there is no better place for me to teach and study.

I also hope to immerse myself in the rich culture of artistic production and humanistic inquiry in the Research Triangle.