Summer 2015 - Charles Randolph Wright (T’78) stopped by Duke and met with students when the show he directed, Motown The Musical played the Durham Performing Arts Center. The West End production of the musical will open next February in London.

Summer 2014 - Charles opened the national tour of Motown in Chicago. It will play Durham in February, where there will be activities in conjunction with Duke. His new play Love in Afghanistan opened last fall at Arena, and his other new play A Waiter opens this fall in San Francisco. He also directed Patina Miller (Tony winner for Pippin) in her concert for Live At Lincoln Center.

Winter 2009 - Randolph-Wright currently has three shows running that he directed - the 75th anniversary tour of Porgy and Bess, Duke Ellington'sSophisticated Ladies (starring Maurice Hines - an Arena Stage production at the Lincoln Theatre in D.C.), and Through the Night (written by and starring Daniel Beaty in NYC). Through The Night had an early workshop performance last fall at Duke. He was also selected to be a playwright in residence for Arena Stage in DC.

Spring 2009 - Randolph-Wright wrote from Rio de Janeiro where he is directing the musical They’re Playing Our Song - in Portuguese!

Summer 2008 -  Randolph-Wright has been in San Francisco directing the Athol Fugard play Blood Knot at the American Conservatory Theatre in collaboration with Tracy Chapman, who is composing music for this production. It opened in early February. His new play The Night is a Child premieres at Milwaukee Rep in March. He then directs Emergency at the Geffen Theatre in Los Angeles, opening in April.

Summer 2007 - Randolph-Wright is directing the film Mama, I Want to Sing from his screenplay based on the Off-Broadway musical. It stars Ciara, Lynn Whitfield, Patti LaBelle, and Billy Zane. 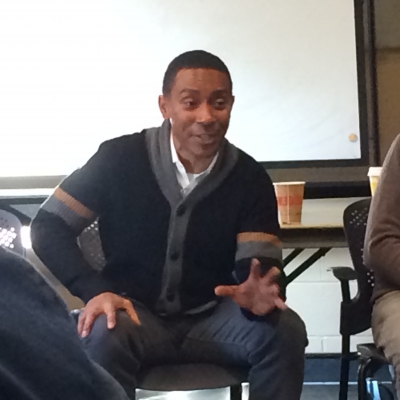